Man Arrested At Airport For Smuggling Drugged Orangutan In Luggage

One Russian man was arrested at a Bali airport for attempting to smuggle a drugged baby orangutan in his luggage out of the air hub and back to his home country. The tourist now faces up to $ 7000 in fines and five years in prison.

On Friday night, Andrei Zhestkov was detained at Ngurah Rai International Airport before boarding a flight back to Russia, The Independent reports. Officials found the 2-year-old orangutan fast asleep in a basket, evidently drugged with allergy pills, after a routine security screening.

Zhestkov, 27, reportedly told officials that he had been given the protected primate by his friend, who had bought the creature for $ 3000 at a Java street market. He detailed that his friend, also from Russia, had convinced him he could take the orangutan home to keep as a pet, as per The Guardian. 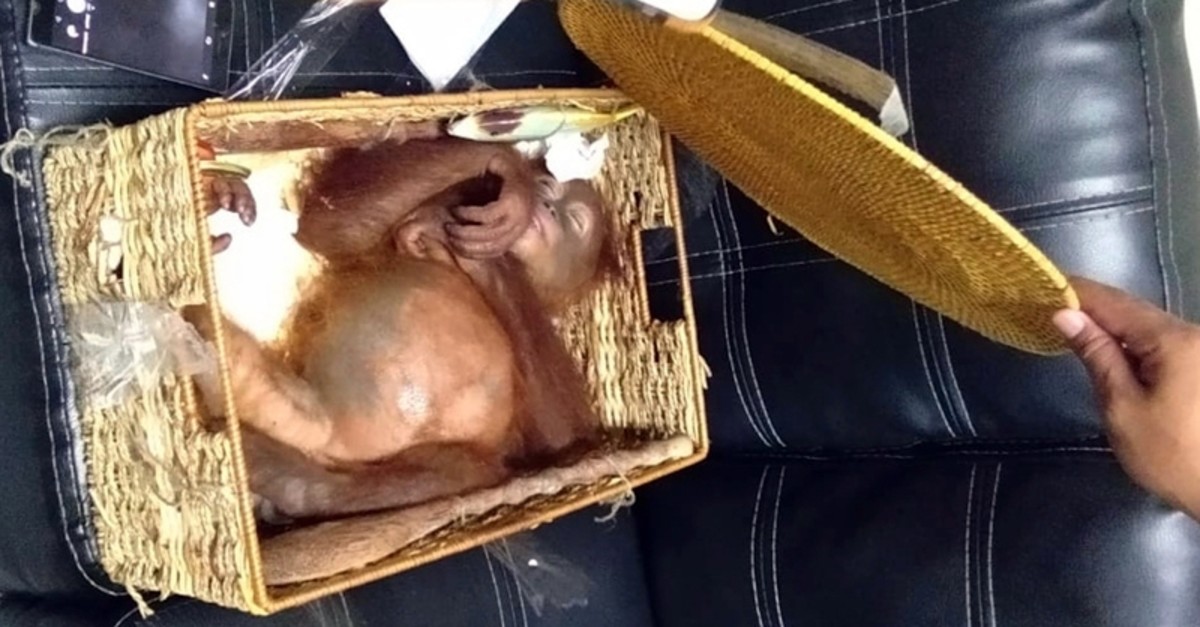 Now, the would-be smuggler faces up to five years in prison and $ 7000 in fines, according to the outlet.

“Zhestkov seemed prepared like he was transporting a baby,” Bali conservation official I Ketut Catur Marbawa said of the scene, revealing that the Russian man had also packed baby formula and blankets.

The baby orangutan is now being cared for by the Bali Natural Resources Conservation Agency, BBC reports.

As noted by the World Wildlife Foundation, orangutans are a critically endangered species with a few more than 100000 known to be remaining across the globe.