Severe weather ripped through Chicago on Monday, causing more than 300 flights to be cancelled and prompting a ground stop at O’Hare International Airport, according to reports.

A total of 336 flights were cancelled at O’Hare as of 12:16 a.m. local time, with delays averaging 38 minutes, the Chicago Department of Transportation said. The threat of a possible tornado also led to the evacuation of the airport’s traffic control tower, according to the Federal Aviation Administration.

The evacuation occurred after the National Weather Service (NWS) in Chicago said a confirmed tornado was on the ground near Arlington, about 100 miles southwest of Chicago.

A severe thunderstorm warning was later issued for areas north and northwest of the city, including O’Hare Airport. The NWS said winds were up to 60 mph, and there was a possibility of penny-sized hail and a tornado for those areas. 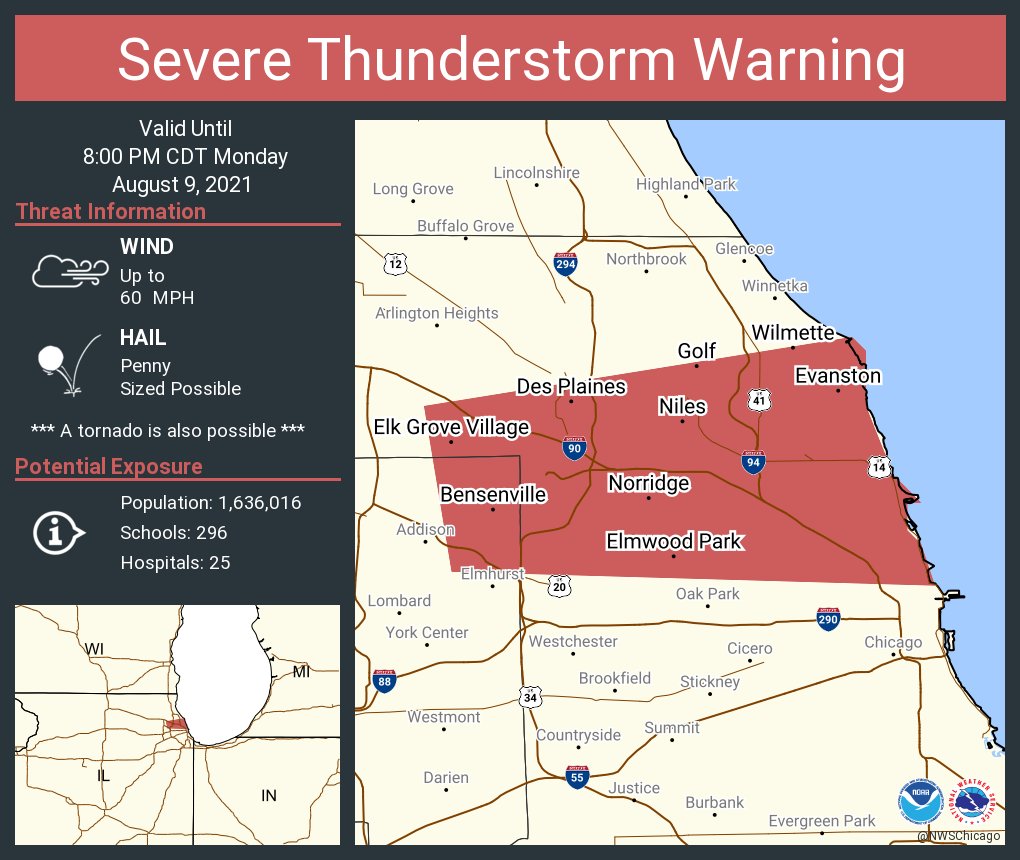 “We are currently monitoring strengthening rotation over O’Hare Airport for the potential issuance of another Tornado Warning,” NWS Chicago wrote.

The FAA said thunderstorms and a possible tornado prompted a ground stop at the airport. Arriving flights were delayed by about 7 hours and 36 minutes, according to the agency. Passengers with their luggage stuck at the airport due to bad weather.

Personnel in the air traffic control tower at O’Hare were evacuated at 7:22 p.m., and they returned about 20 minutes later, the New York Times reported.

A traveller told the paper the cancellation left him feeling “frustrated annoyed and tired.”

“I have no idea where I’m staying tonight,” said Kevin Terrell, as he looked for a way to fly to Atlanta. “There’s like 60 people here at the airport all wondering what they’re going to do. This just sucks.”

A total of 26 flights were also cancelled at the city’s Midway International Airport, Chicago’s WMAQ-TV reported.