Woman Discovers Python In Her Suitcase After Flight

After a long flight, you return home to unpack your clothes. You expect to be overwhelmed with a mass of dirty items you need to throw into the dirty clothes hamper. What you don’t expect to find: a python in your shoe.

Moira Boxall had just flown from Queensland to Glasgow on Thursday, a 9000-mile flight that brought her more than just fatigue. During the flight, a python had wiggled its way into her suitcase, settled into her shoe and started shedding its skin. 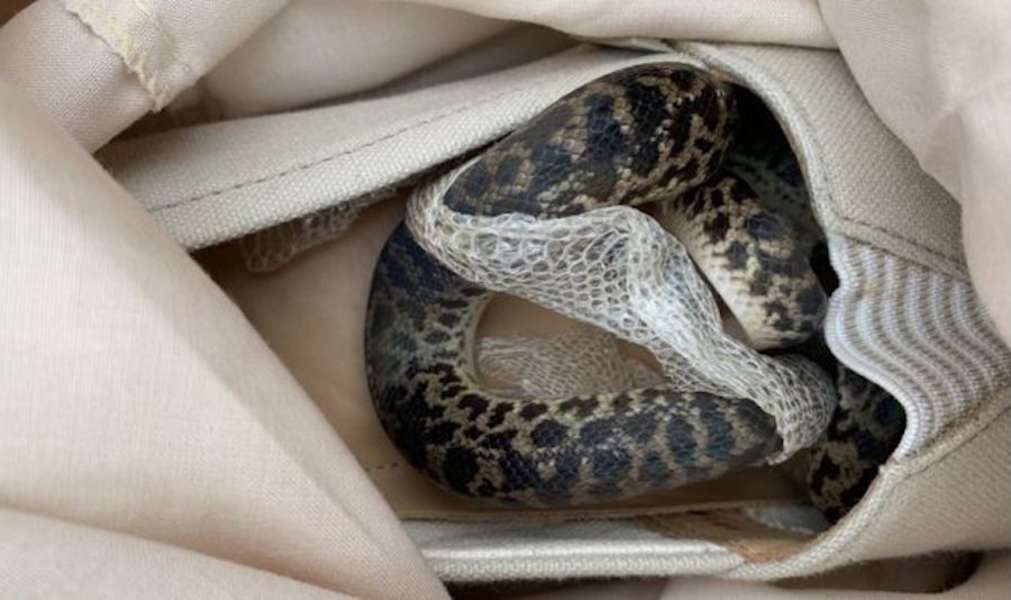 Talk about Snakes on a Plane.

“I responded to a call from a woman who had just returned from a holiday in Australia who had found a small snake inside her shoe in her suitcase,” animal rescue officer Taylor Johnstone said in a statement sent to CNN.

“When I arrived, the snake had been contained by the caller, so I safely removed the snake from the property. Upon examination, the snake was found to be a spotted python which is not venomous,” Johnstone added.

“The snake is now in quarantine at our animal rescue and re-homing centre in Edinburgh.”

Snakes discovered on airline flights or in airports are not uncommon. In 2018, Indian airport officials found a venomous snake in a man’s suitcase, unbeknownst to the passenger, and in 2017, another passenger left a snake on a plane from Aniak to Anchorage which was later discovered sleeping in a corner by a little boy.